Where the Movistar team goes out to train

Spring 2020 training camp bookings now being taken. Contact us for details and pricing.

The experience gained from 2007 up until today with the most important international cycling teams such as Rabobank, Bouygues Telecom, Telenet Fidea, Omega Pharma Quick Step, Lotto Belisol Cycling Team, Sajour – Sajon, Phonak o CCC – Polsat Polkowice, among others, makes the Hotel Servigroup Marina Playa an ideal base for cycling teams and for preseason preparation training. In January and February 2013, the establishment welcomed cyclists from Movistar, Blanco Pro Cycling Team, Rabobank sub 21, Rabobank female, Netapp – Endura, Ovita, the Belgian cycling federation and also, the Belgian and Swiss triathlon teams.
In addition, there are also many holiday cyclists who enjoy the variety of routes on offer for practicing: BMX racing, cycling, triathlon and mountain bike. From November 2012, the hotel has welcomed many groups from all over Europe and will continue to accommodate many more, up until the month of May.
Here is a brief presentation of our facilities, where you can see the advantages and comforts of our establishment situated in Mojacar (Almeria), tourist destination very appreciated and valued by the major national and international professionals from the cycling world for the practice of this sport throughout the year.

Mojacar has become the official headquarters of the Belgian Cycling Federation in Spain, specifically the Hotel Marina Playa Servigroup group, having already received the first groups of cyclists of the season, staying in the town for training until late spring . Some teams go and others come for the duration of the season workouts. Since January they have been coming Belgian and Dutch teams hand Kortweg Cycling Travel, Belgian agency specializing in cycling, organizer of very specific stages and specially chosen destinations following the demands of elite athletes. All these groups are relaying to the end of May.

Jan Almeye, Belgian professional cyclist and manager Kortweg, and Piet Kuijs, great ex-racer and professional coach Rabobank team is now called Jumbo, they say Mojacar, along with Mallorca and Calpe, one of the most popular cycling destinations since no other area has the high quality of its roads and low level of motor.
Both professionals agree that in Mojacar also find great variety of routes for training, combining mountain with long flat stretches, which allows riders to change altitude quickly. It also has a perfect climate for training.
On a normal day of these riders, eat breakfast early, in mechanical workshops finalize details of the bikes and go en route to lunch. In the afternoon, after a short break, the session begins gym, massages and body and prepare the bikes for the next day return.

Ricardo Escudero, head of area Servigroup group, told the Voice that “ten years ago we started with the issue of international sport in the Marina Beach hotel and there are several professional teams training in the preseason, Movistar, Rabobank (male and female), Omega Pharma Lotto, Katusha, and then some, under-21 teams, which are now in the hotel, and amateur cyclists. There are now over 100 in the hotel. This is a work of many years, do not choose us random, we have facilities, qualified staff and a chain with prestige in the sector, this will have made significant investments, something that has made the last five years we are the Official Headquarters the Belgian Cycling Federation in Spain. ”
It is no coincidence that the best teams are destined Mojacar. 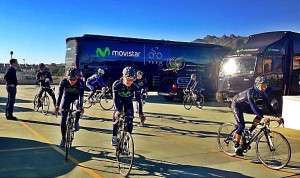 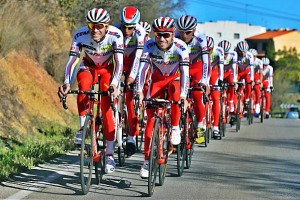 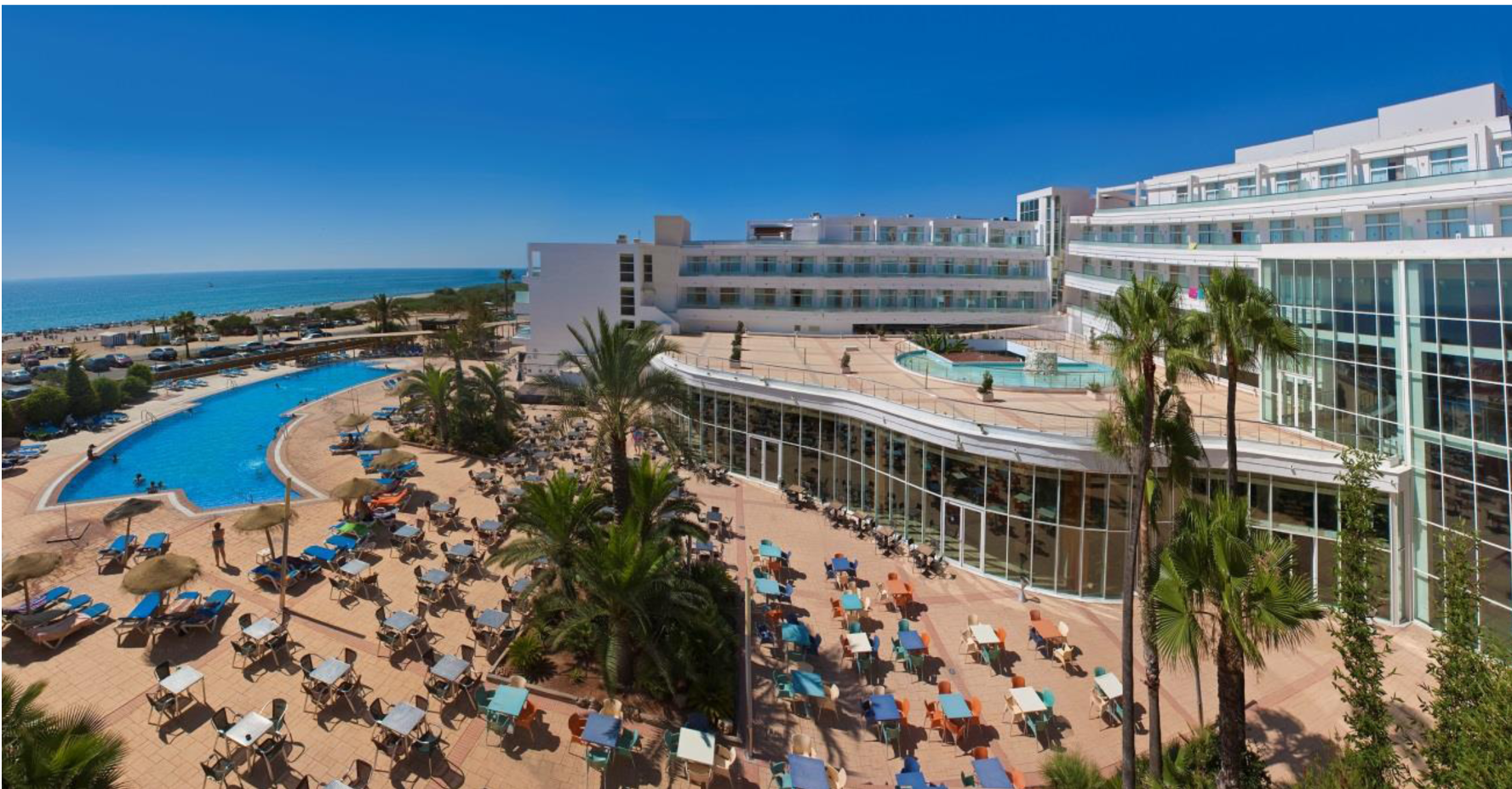 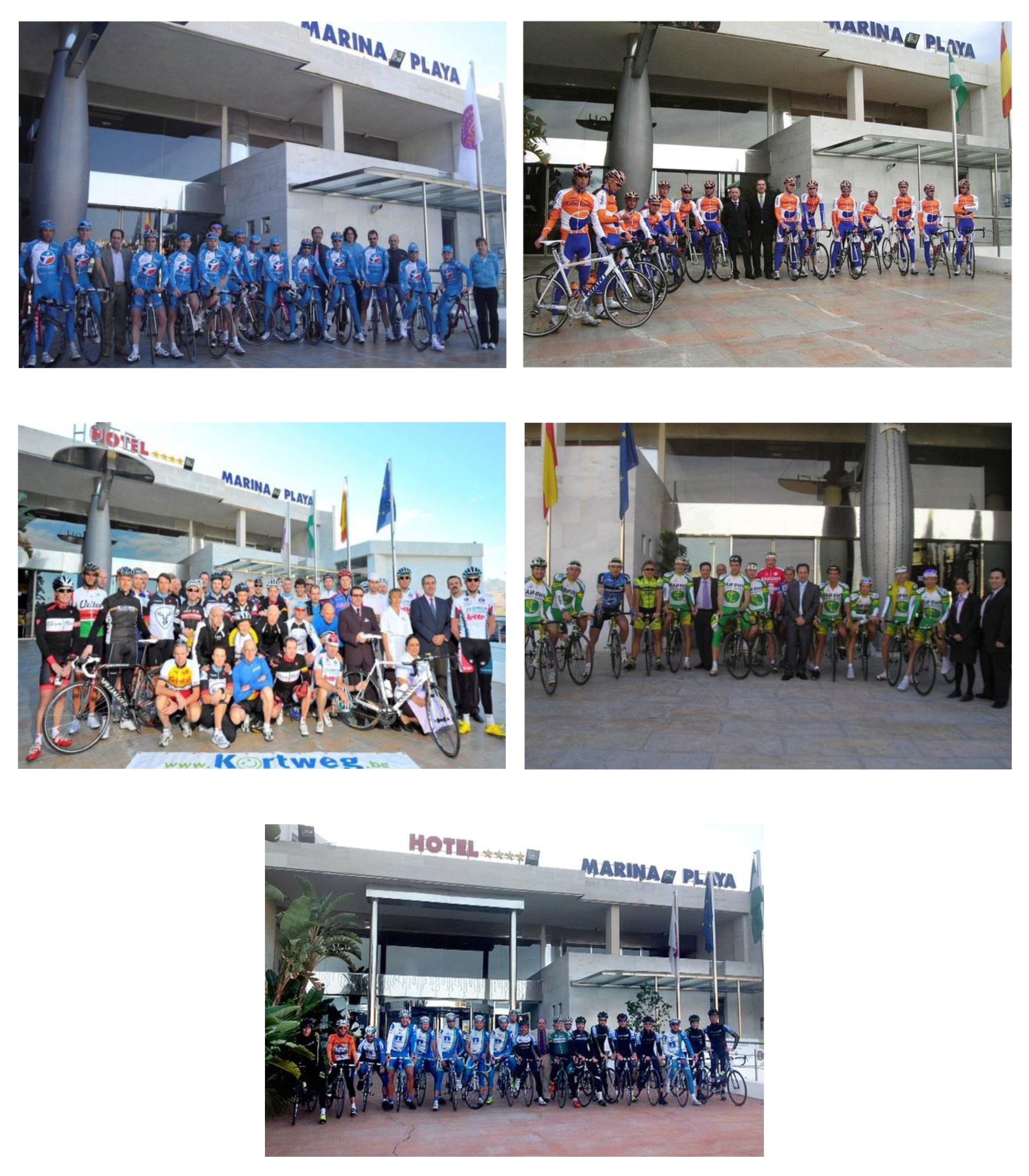 The Hotel Servigroup Marina Playa is a four star hotel situated on the beachfront in Mojacar, in a quiet and residential area, 50 meters from a well maintained golf course, enjoying beautiful views of the sea and the mountains.
The comfortable and modern facilities fully equipped for optimum performance of sports clubs, make the hotel an ideal place for the practice of cycling. 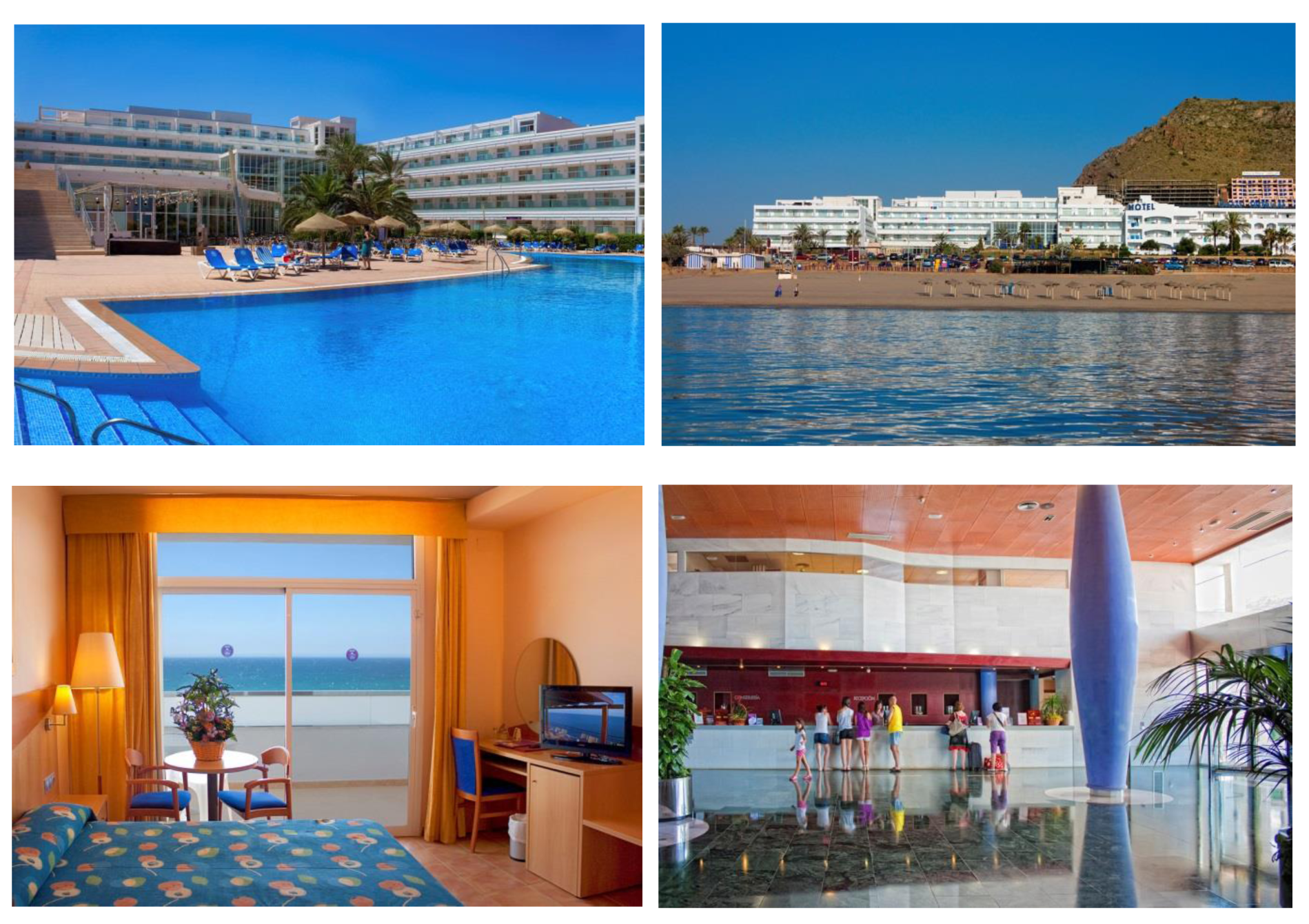 It is one of the most charming towns in Almería on the coast of Levante. The attractions of the area is the popular architecture, mainly white houses, fine beaches and the beautiful natural surroundings.   Mojácar stretches along a hill in the spurs of Sierra Cabrera. A legacy from the Arabs, the city centre still has a peculiar layout of narrow streets, secluded corners, and terraces that were dug on the side of the hill as if they were steps. The Renaissance church of Santa María, form the 16th-19th centuries, is part of a rich artistic legacy, as well as the castle of Mojácar, from the 15th century, and the only remains of the ancient wall: Puerta de la Ciudad (gates of the City) and a large tower. Below the town, we have more than five kilometres of magnificent beaches.